BitRealty is a technology driven real estate brokerage that is ready to disrupt an industry abundant with outdated practices. Countless industries have been transformed by today’s technology overhaul but the manner in which real estate transactions are conducted has been left relatively unchanged. We are proud to be at the forefront in the modernization of the real estate industry.

Our passion for innovation doesn’t impede on our commitment to authentic relationships within our community. Being a local brand has allowed us to secure long lasting relationships with not only you, our client, but with inspectors, title companies, loan officers, and other professionals who we feel confident can make every aspect of your transaction a smooth one. 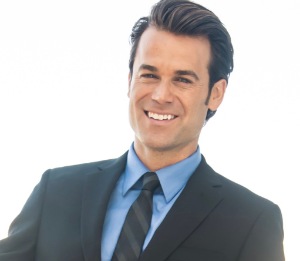 Having been in real estate in his hometown of Wellington, FL since 2004, Ryan is one of the area’s premier brokers. His specialties include luxury homes, condos, equestrian properties, and land. Before building his own successful private luxury brokerage, he was partner and co-founder of Equestrian Sotheby’s International Realty, a franchise he sold his shares of in 2016. He is a licensed broker in Florida, New York, and California.

Ryan double-majored in Finance and Real-Estate at Florida State University. He then went on to earn an MBA at Palm Beach Atlantic University and is currently pursuing a Doctorate in Business Administration at Rollins College.

In his spare time, Ryan stays as active as he can. He is an avid triathlete, having completed half and full Ironman races, Mt.Everest base camp on the way to summiting a sister peak, biked across the USA and has run from Miami to Key West. He has also appeared on nationally syndicated TV shows and commercials.
CONTACT US


Thanks! Your inquiry was sent successfully.

To continue searching, you must agree to the Terms of Use.

For the best experience, please provide your cell phone number and select accept below to opt-in to our Terms & Conditions and Privacy Policy to begin receiving text and voice communications.

or make a new notebook

Verify the value of your home,
maximize your investment and see local market activity.

We just need your phone number to finish creating your account.